"More than two thirds of the female members of  Congress and an incredible 80% of women business owners were Girl Scouts."

I came across this article today, and it really resonated with me. And because there are many of us whose lives have been touched by a Girl Scout in some way--personal experience as a scout, a mother who led a troop, or a sincere appreciation for those yearly cookie sales--I thought I'd share it here.

I was a Girl Scout for roughly 8 years. I started in Brownies (Daisy levels had not yet been introduced. Yes, I know I'm dating myself!) and made it as far as the Cadette ranking. After finishing my first year in high school, however, I became too busy with other activities to continue. If I remember correctly, I wasn't the only one--the troop disbanded about the same time.

Looking back, I wish I had stuck with it. My troop had some really good times. We enjoyed crafting, camping, helping others, and serving our community. And we learned about respect, selflessness, and friendships.

A couple of memorable moments include sneaking out of latrine duty at camp and tipping over my buddy burner--a cooking contraption utilizing a metal coffee--and dumping scalding grease on my arm. I also remember laughing with some of my best friends and feeling as if I belonged somewhere...a great feat for a pre-teen and teenager.

Do I believe my experiences as a Girl Scout contributed to my tendency toward entrepreneurship as the article claims? Now that I stop to think about it, I suppose they probably do. And since I just read the article, and I'm sure I'll give this even more consideration. Points #2 and #5 for sure. Probably the others, too.

I now have a 6-year-old who is a Daisy. While it's too soon to determine whether she'll take an entrepreneurial path (right now it looks as if school teacher, ballet dancer, and librarian are the forerunners), I do hope that she has the opportunity to learn the same type of life skills in Scouts that I did.

But enough of my drivel. Here's the article:

got clients? get paid! 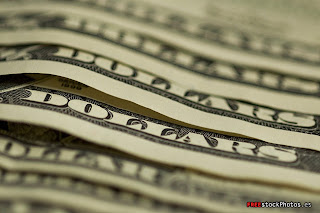 Working as a freelancer has many, many benefits. While I put on my "grown-up" clothes for meetings, working from a home office and out of the public eye allows for certain comforts: pajama wear, late-day showers,  and comfy slippers (in winter) or flip-flops (during warmer months).

One thing freelancers don't relish, however, is when clients pay late. Late payments mean scrambling to make sure bills are covered: rent or mortgages, car payments, utilities, health insurance, etc. In nearly 15 years of freelancing, I've dealt with all types of clients: those who pay promptly (love them!), some who pay on their own time frame (don't love this, but can I deal by planning ahead once I realize that's how they roll ), and a few who seem to think paying for services is optional (note: always use a signed contract or work agreement).

Since I spent part of this morning creating invoices for some recent projects, this article from the Freelance Switch blog is timely. Freelancers will appreciate the advice, and folks who work with freelancers may gain a better understanding of how the "other side" works.

Get Paid: What to Do When the Check is Late